The traditional assumption for sustainable withdrawal rate is that a client will spend the same amount of inflation adjusted income throughout their retirement. This assumption is not supported by cold hard data on spending pattern of retirees.

In the US, researchers found a similar trend among retirees. As financial planner Michael Kitces noted, real spending tends to decline a little at the beginning of retirement, accelerates its decline in the middle retirement years, and then slows its decline again in the final decade. Researchers identified three unique phases of retirement dubbed:

Strangely, it’s has been difficult, even impossible for financial planners to take this into account when illustrating sustainable withdrawal from a client’s portfolio.

With this new feature on Timeline, financial planners can illustrate the benefits of scaling up/down spending at different phases of retirement. 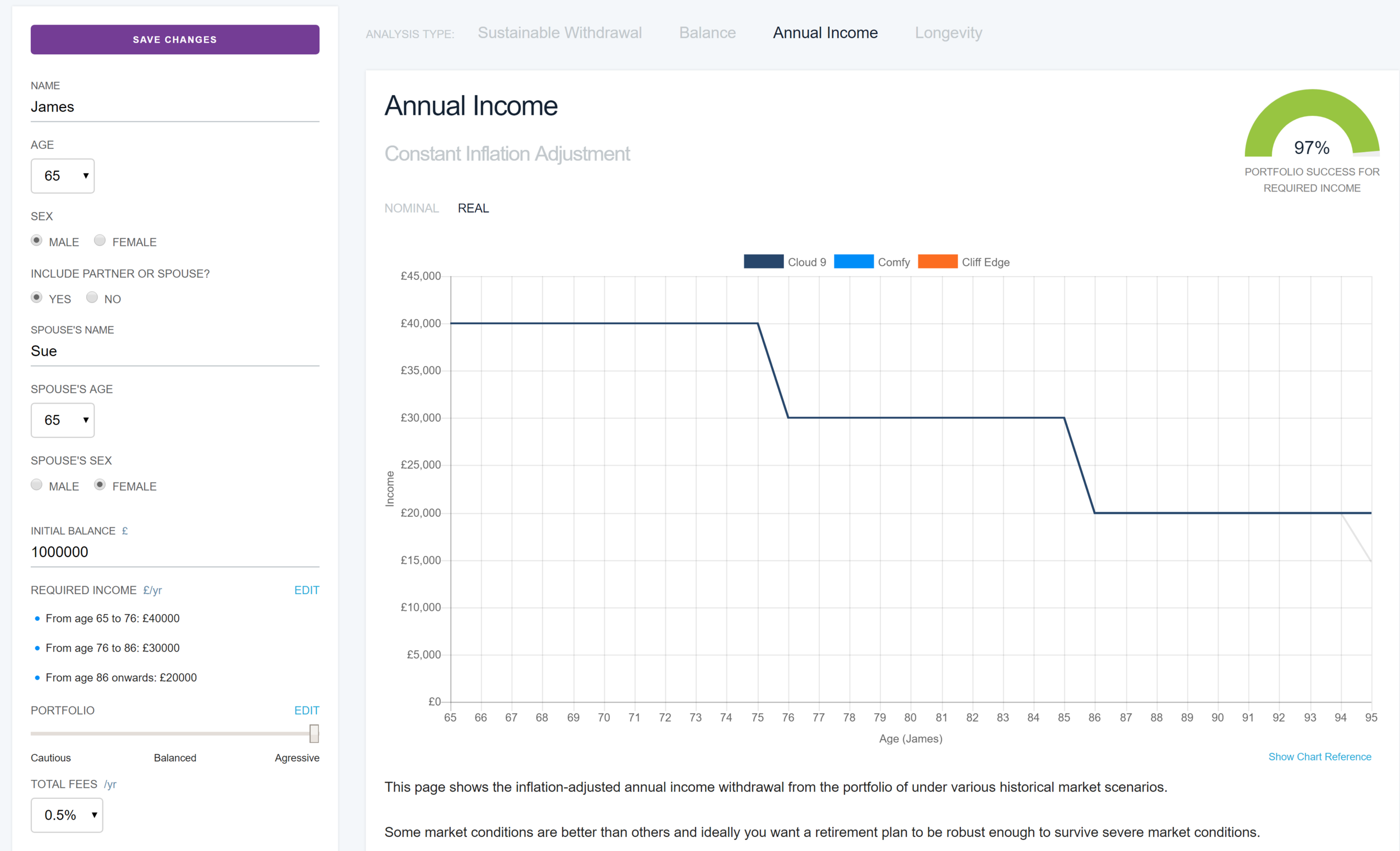 The following shows the same withdrawal pattern as above, but in nominal terms… 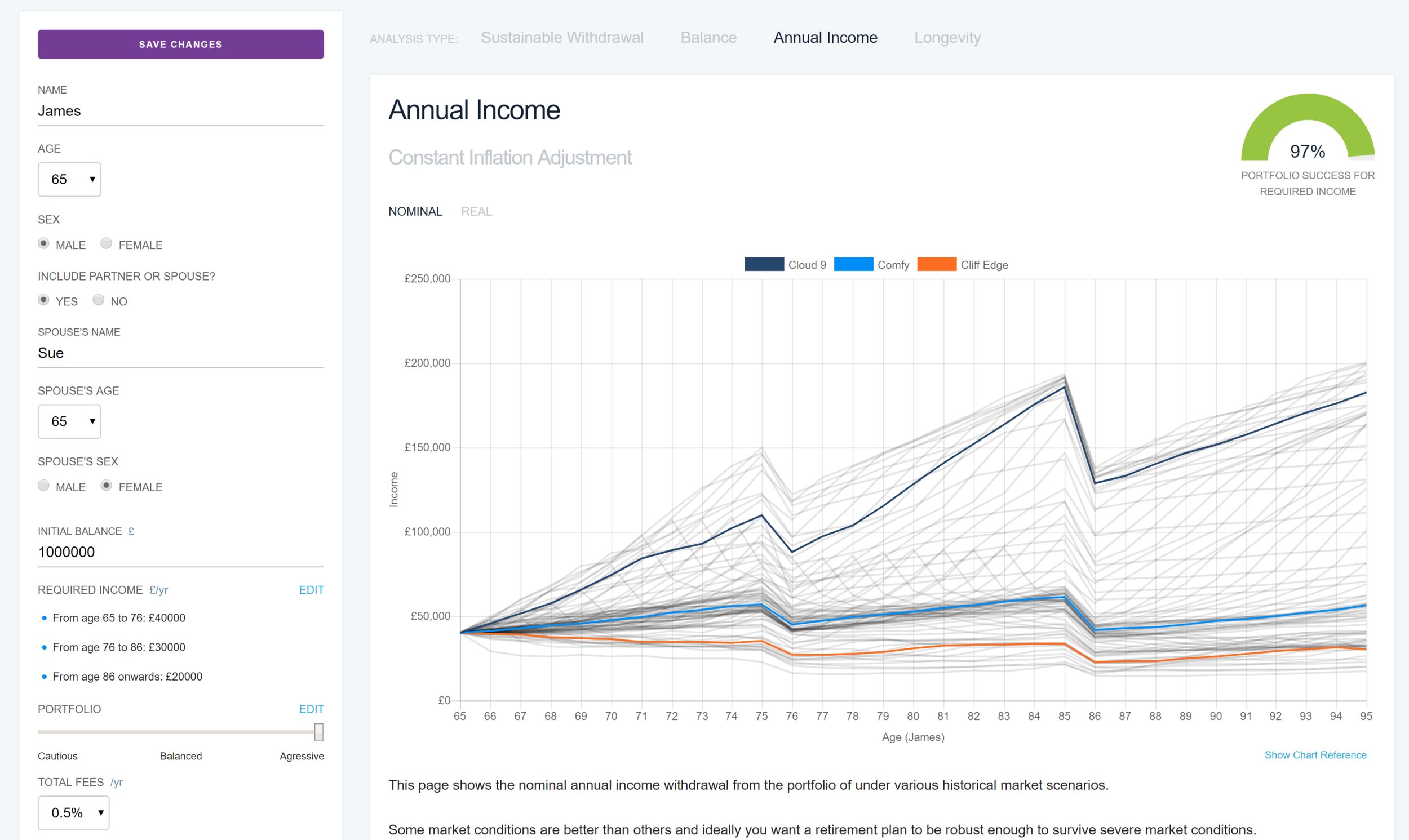 The feature is available in the US and UK versions of the app.