The Miggins are back. See here for details but the headline is John and Jo Miggins are 65, recently retired with £300k in their retirement pot and a house with no mortgage. They expect £14,000 in State Pensions between them. They need a total £20,000 a year to get by. In essence, they need an income of £6,000 a year from their £225,000 of their portfolio, after accounting for £50K in slush fund and £25k on holiday of a lifetime. The question is how do they convert their retirement savings to income.

This time, they managed to get both of their financial advisers Tony and Jenny in the same room. (Anyone else thinks it’s a bit warm in here…)

The Miggins wondered if they could get more bang for their retirement buck by purchasing an annuity that doesn’t necessarily keep pace with inflation.

Tony, the annuity king springs to action. This is after all his particular area of expertise.

This time, he suggested that the Miggins could purchase a level with annuity with 50% spouse pension. 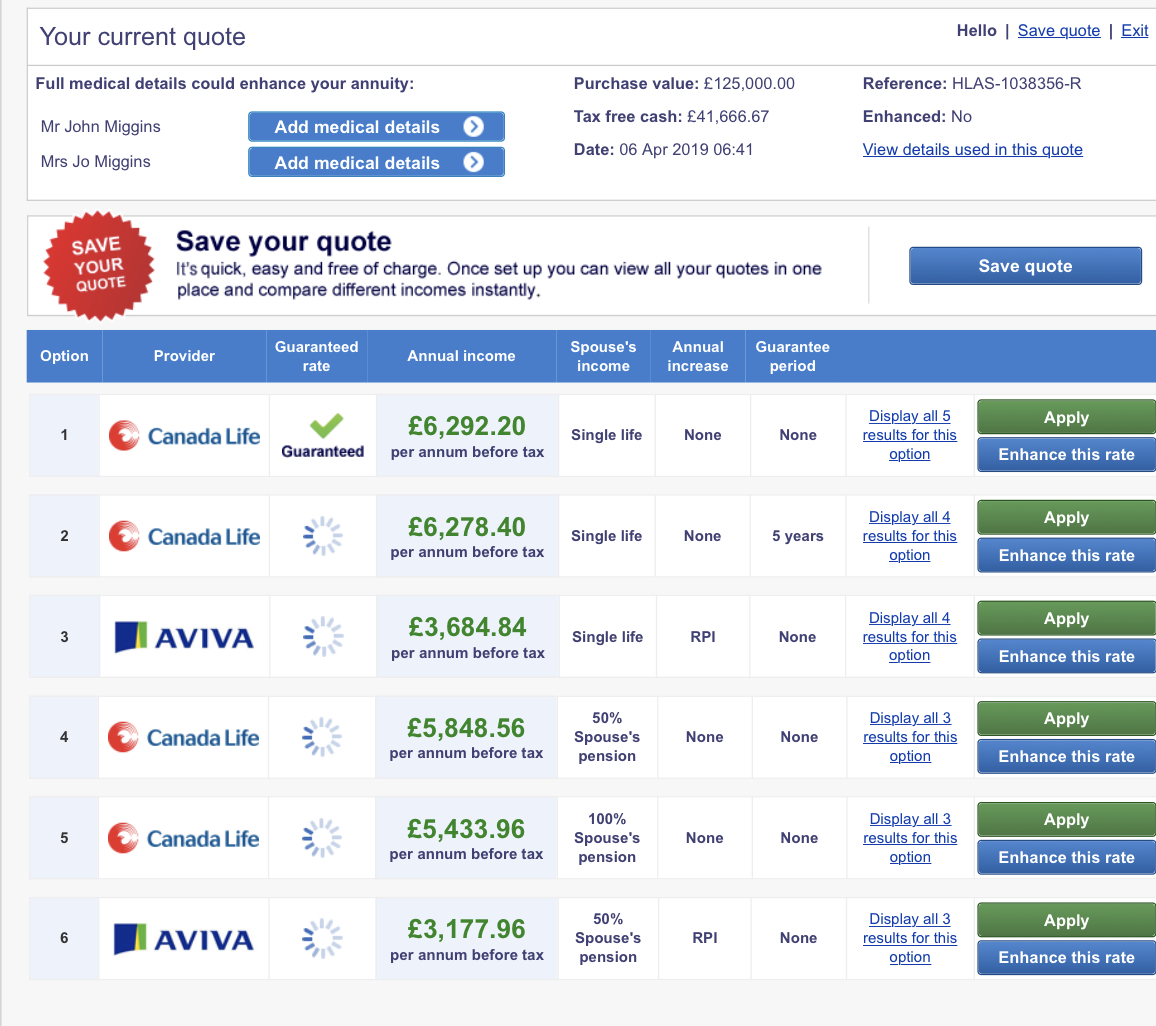 To illustrate how inflation could decimate their retirement income, she presented this chart that shows how the spending power of £1,000 a month over all the rolling 35-year starting every month since Jan 1915. 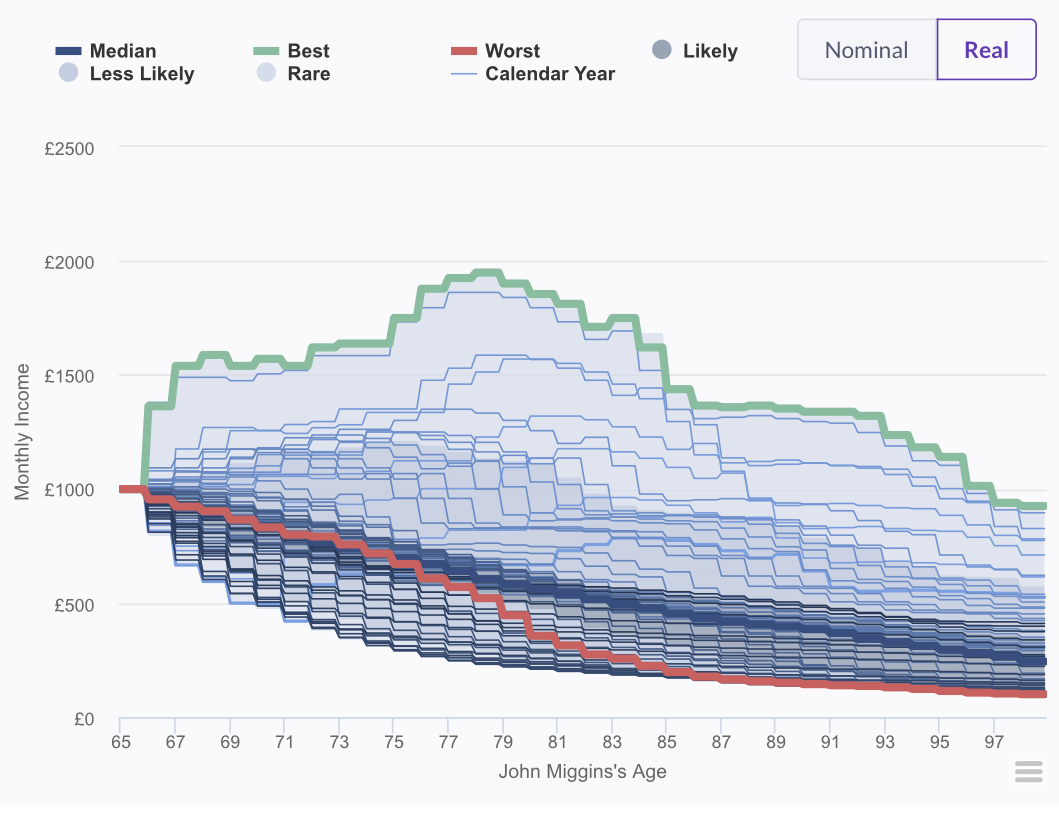 Jenny points out that while Tony recommendation seeks to avoid investment risk, inflation risk could do equal damage to their retirement plan. She is particularly surprised that Tony, a stickler for regulation, would refer to an approach that leaves the clients susceptible to significant inflation risk as ‘secure’. This doesn’t meet the bar for being ‘clear, fair and not misleading’. After all, Tony has previously criticised Jenny for referring to her approach to managing drawdown as ‘safe’ withdrawal, prompting her to change her description of the approach to ‘sustainable’ withdrawal.

Furthermore, she notes that in the event of John’s death, Jo would be left with her State pension and 50% of the annuity income, which will continue to decline in value. Without the drawdown, this will keep her virtually on the breadline. Given that the difference between 50% and 100% spouse pension isn’t earth-shattering (it translates to a whooping £35 a month), she wonders why Tony didn’t suggest that?

In any case, the upshot is that even with this approach that Tony suggests, the success of their retirement or otherwise still depends a lot on what happens with the drawdown. Furthermore, if there are care cost in the future, the drawdown is unlikely to meet this even with good investment performance. The Miggins might have to fall back on their home.

Jenny’s point is that there’s inherent uncertainty in every retirement plan. Denying that by using terms such as ‘secure’ doesn’t make it go away.

So if the Miggins really believe Tony’s suggestion that an income that doesn’t keep pace with inflation is ‘secure’ then Jenny suggests she too might have a bridge she wants to sell them.

Here’s the quote for the annuity with 100% spouse pension: 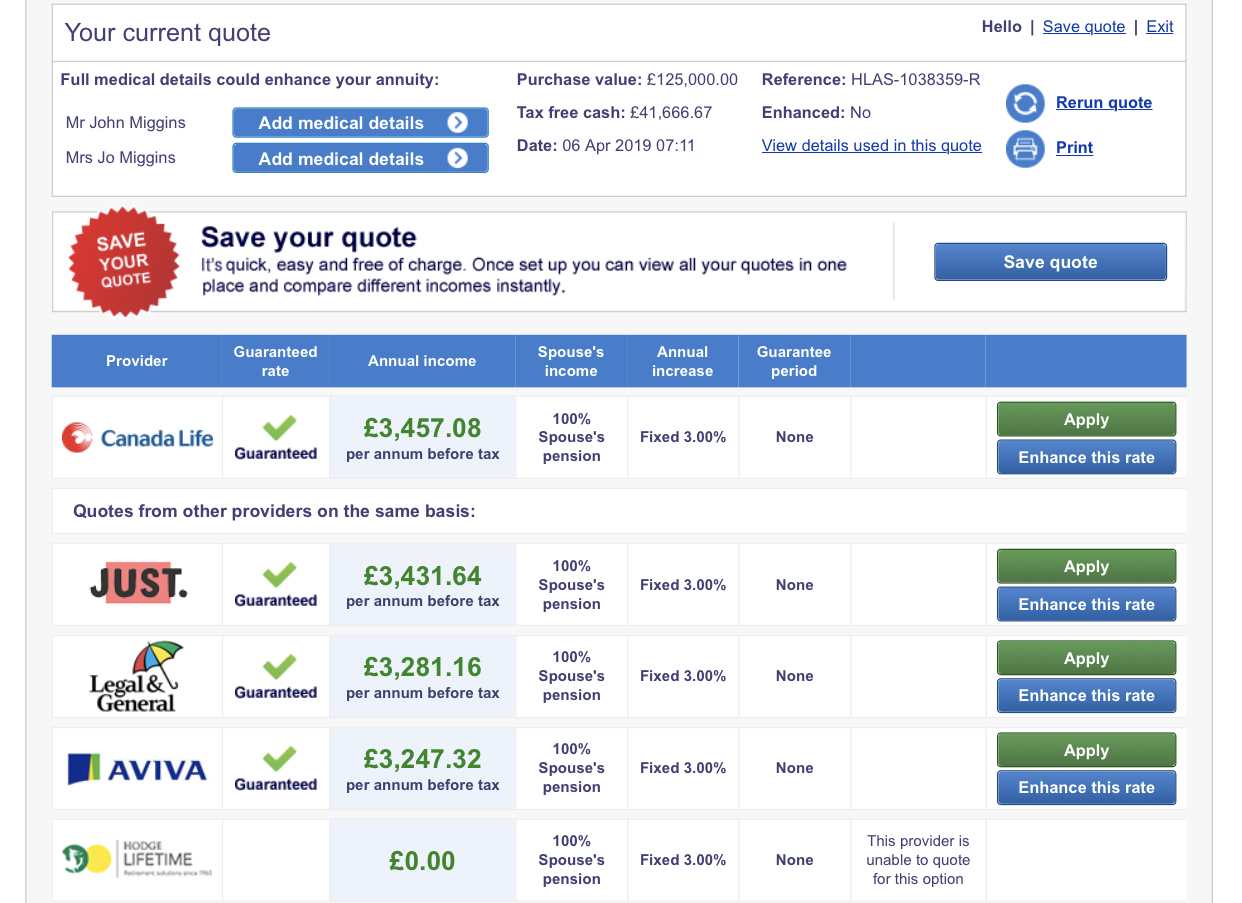 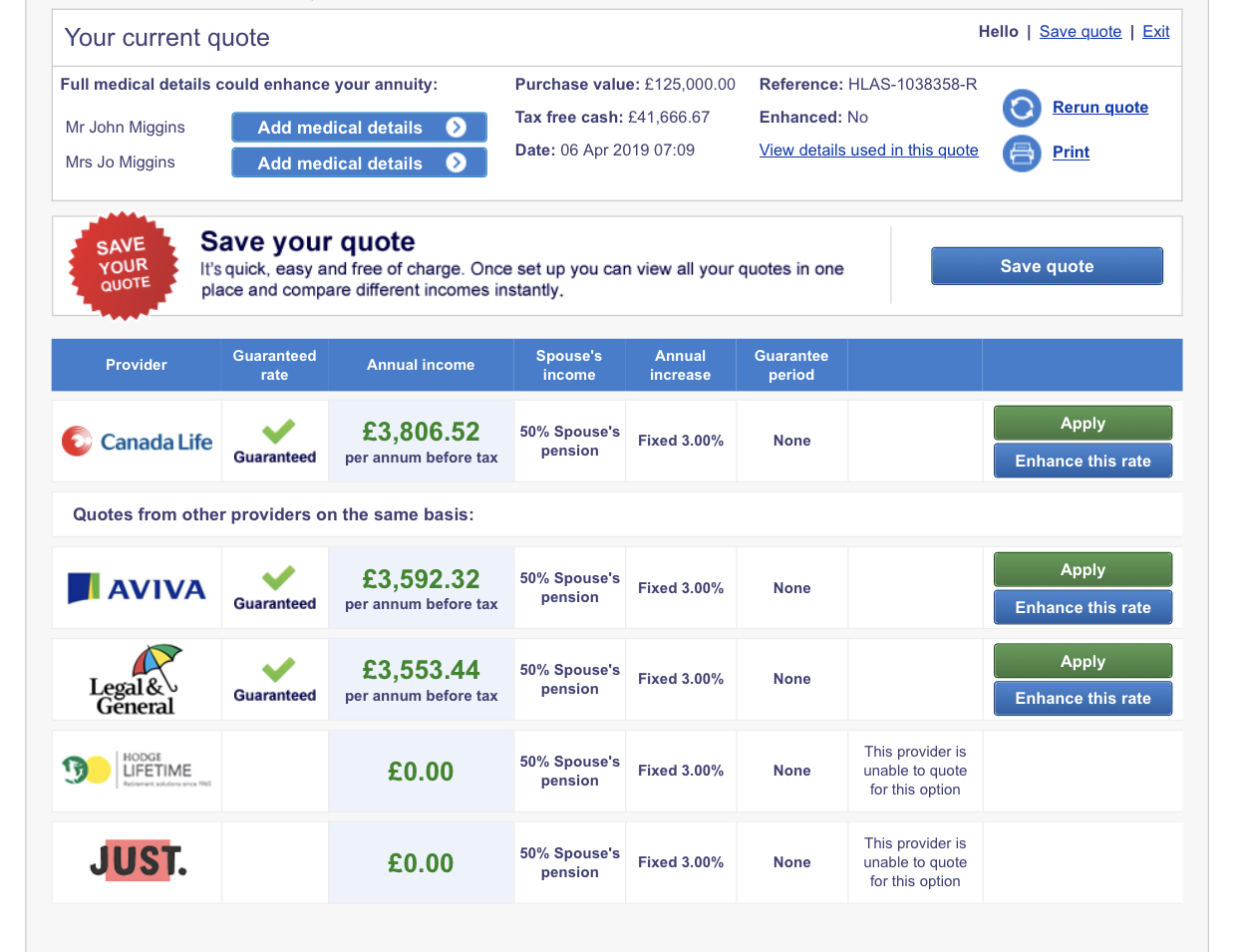 Again, the remaining £100,000 pot can be invested in a drawdown to provide the additional income.

Jenny reiterates that her point stands. A 3% increase provides some hedge against inflation, which is reflected in the cost but this is not foolproof. For instance, the following chart shows the real value of £1,000 income increasing at 3% a year over all the 35 years starting since January 1915. 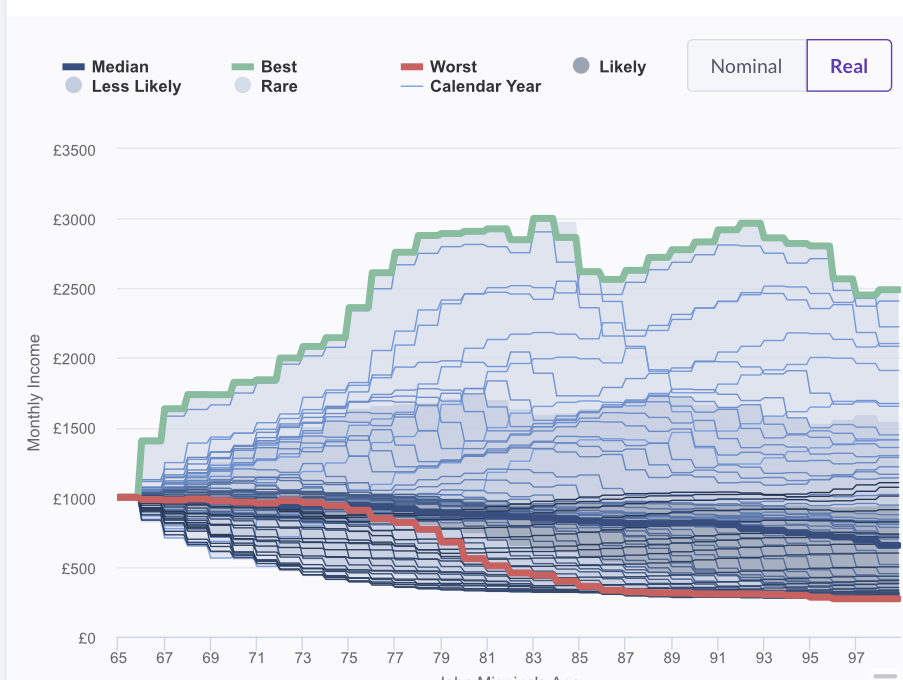 She points out that, in the average (median) historical scenario, even with a 3% annual increase, £1,000 in the first year of retirement only has the purchasing power of £881 in the 15th year and £655 in the 35th year.

This is to say, in more than half of historical scenario, merely increasing income by 3% does NOT fully mitigate inflationary risk. Unless the income is fully indexed linked, Jenny would refrain from referring to it as ‘secure’ because it leaves inflation risk firmly on the table.

This is kind of scenarios that she’s accounted for in her sustainable withdrawal approach previously discussed.

But inflation is less of any issue in this case, since the 3% increase provides some hedge and spending tend to decline progressively as people get older. The real issue is, given the cost, this type of annuity only meets just over half of the income they need, the success of their retirement rests on making the drawdown work. But it would be Tony managing the drawdown, not her. She has no doubt Tony is comfortable to work out the sustainable withdrawal strategy and provide the ongoing management and handholding that the Miggins are likely to need. With this, Jenny leaves the Miggins in Tony’s capable hands.

The Miggins thank both Tony and Jenny for their time. They leave the meeting more enlightened about their options but haven’t come to any conclusions as yet. They may be back! Or not.